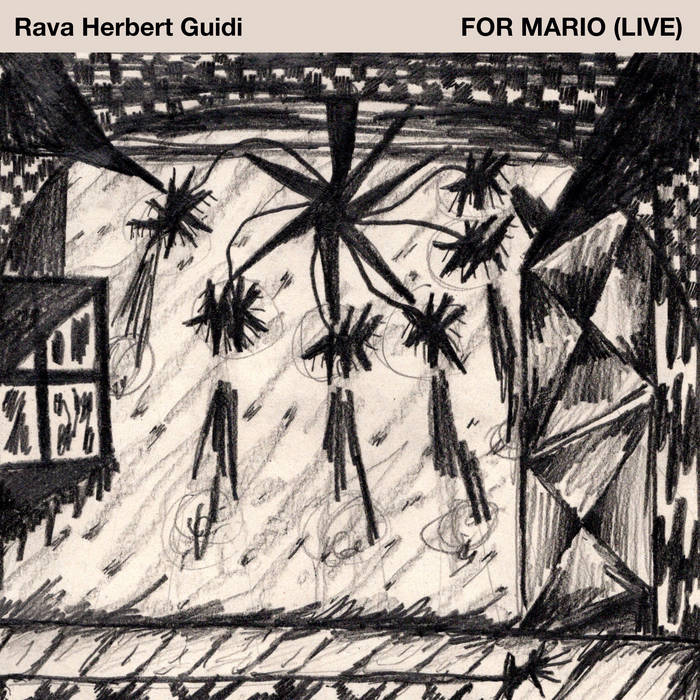 Enrico Rava has been a hero of European jazz since the 60s, a trumpeter of immense fluidity and experience, whilst Giovanni Guidi is the new kid on the Italian block, a hugely instinctive and talented pianist. Both are ECM Records recording artists. The British composer and electronic music pioneer Matthew Herbert’s innovative approach to sampling and electronics, instinctively interpreting and reacting to the improvisations of his colleagues, provides a dimension that takes this trio into fascinating, uncharted waters. A performance of an acoustic/electronica collaboration that re-affirms the ability of creative artists from different generations and musical backgrounds to push and probe new musical territory, making music that is playfully progressive and invariably intriguing.

Matthew says “it was intimidating at first to bring the often inflexible world of electronics and the rigidity of computer music to play with such free and flexible musicians. To help this we recorded hundreds of samples of both Giovanni and Enrico playing piano and flugel respectively and these became the basis for every sound I made/manipulated/played. In this way, what you’re hearing is a kind of quartet, with the two acoustic players improvising around recordings of previous versions of themselves. I’m in the middle turning the samples into a rhythm section of sorts and messing with texture and Hugh adds an extra layer of live sampling on top.”

The trio has been playing live sporadically since 2016 following an initially one-off commision for Nylon Festival in Vercelli, northern Italy. They have performed many times since, including at the London Jazz Festival, Roma Jazz Festival, Pomigliano Jazz, Jazz Milano and venues and festivals across Europe. This collection of live recordings is made from a number of these concerts in Italy and follows the trio’s evolving and dramatic explorations. The trio are joined by electronic musician and instrument builder Hugh Jones for certain movements and the release artwork comes from British painter Daisy Parris. The release is dedicated to the memory of Mario Guidi, Giovanni’s father as well as manager and best friend of Enrico Rava for more than 30 years. Mario was present at all of these recorded concerts but sadly died recently.


“A transcendental symphony of Herbert's treated industrial 'found sound' with ghostly nostalgic echoes of film soundtracks (from Lalo Schifrin to Nino Rota), jazz age swing, contemporary classical music and Miles-like flugelhorn sketches. It was out of this world and the one to beat going into the final weekend of the festival.”
Jazzwise