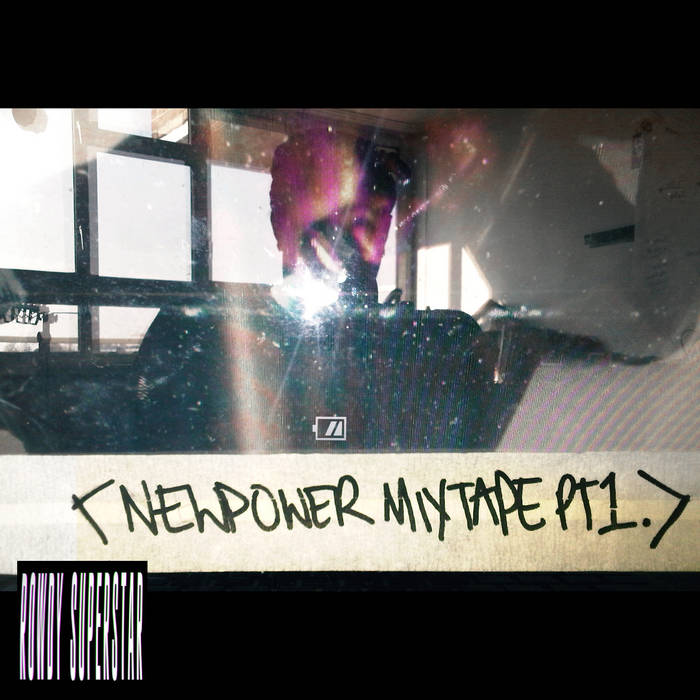 Fresh off the back of a European tour with Patrick Wolf, Matthew Herbert collaborator and the new member of digital hardcore legends Atari Teenage Riot, producer/vocalist Rowdy Superstar launches the <#NEWPOWER_MIXTAPE_PT.1> on 29.03.2012.

This is Rowdy's first mixtape, splicing covers and new solo works with collaborations, side projects and guest spots from fellow London based artists including; Dave Okumu, whose second album with The Invisible is imminent, and offers a dreamy, dulcet cover of the Prince classic If I Was Your Girlfriend; Cocknbullkid, with previously unheard solo work plus a collaboration in the form of her ongoing project with Rowdy X & Y; newcomer TrudieDawnSmith, who offers the exquisite Mother's Word, an angelic lament; and, Rowdy finishes the mix with mystery collaborative side project The Decibel on a riotous, electro-tinged Afro Beat banger. Early in the set, Rowdy offers up a ghostly, robotic new version of Radiohead gloom-hymn Idioteque.

The mixtape precedes Rowdy's debut album produced in collaboration with Matthew Herbert, bATTERY, due for release on Accidental Records later this year.

"It's typical of Rowdy to have something like this up his sleeve. He has more ideas in a minute than some people have in a lifetime." - Matthew Herbert

""#NEWPOWER IS FREEDOM, THE TRUTH, ITS THE ENERGY OF BOTH OF THOSE THINGS. ITS THE POWER THAT CONNECTS US ALL. ITS HAS THE ABILITY TO BRING OUT SECRETS AND SHINE LIGHT IN THE DARKEST OF CORNERS > ITS BOLD AND BALANCED. AND WE ALL HAVE IT INSIDE.
I TEND TO MAKE SHORT CLIPS OF SOUND/NOISE/ IDEAS/  AND HAVE A HARD DRIVE FULL OF THEM AND RECENTLY MY SISTER HAD THE IDEA TO BUNCH THEM TOGETHER AND MAKE THEM INTO MIXTAPES LIKE I USED TO WHEN I WAS YOUNGER. AND SO I DID. <NEWPOWER_MIXTAPE_PT.1> WAS BORN. ITS NOT EXACTLY THE SAME AS PUSHING THE RECORD BUTTON AND WINDING BACK TAPE WITH A PENCIL BUT THE HEART IS IN THERE. DIGITISED OR NOT." - Rowdy Superstar