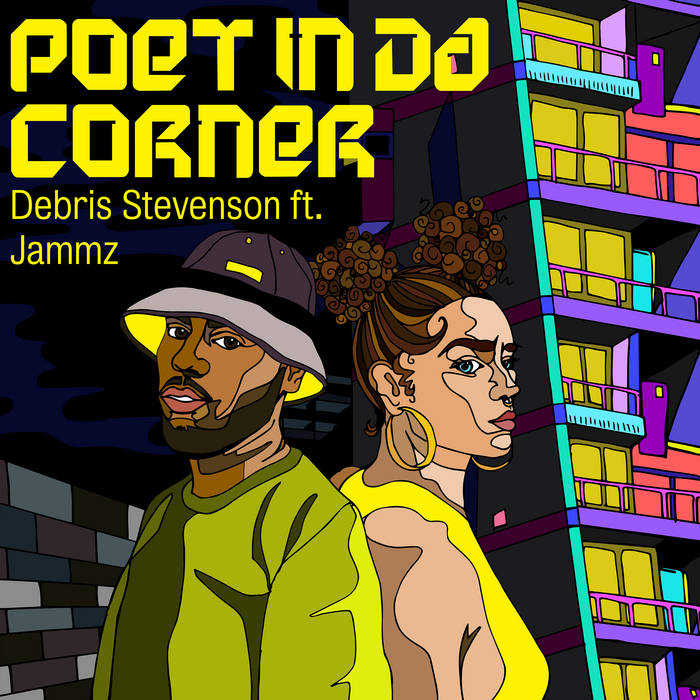 In a strict Mormon household somewhere in the seam between East London and Essex, a girl is given Dizzee Rascal’s ground-breaking grime album Boy in da Corner by her best friend SS Vyper. Precisely 57 minutes and 21 seconds later, her life begins to change – from feeling muted by dyslexia to spitting the power of her words; from being conflicted about her sexuality to finding the freedom to explore; from feeling alone to being given the greatest gift by her closest friend. In this semi-autobiographical piece, featuring grime MC Jammz as SS Vyper, step into a technicolour world where music, dance and spoken word collide, and discover how grime allowed Debris Stevenson to redefine herself.

Poet In Da Corner the stage show premiered at the Royal Court in 2018 to sell out crowds and critical acclaim. Poet In Da Corner the album will be released Jan 31st on Accidental Records in partnership with Royal Court Theatre. Whilst the album is made up from songs from the stage show it is more than simply a soundtrack release, with the tracks having been re-edited and mastered to produce an album that very much stands in its own right as one of the most compelling grime records of today. The release will be made available as a limited edition USB keychain as well as across all streaming and download stores

"One of the most exciting things I’ve seen all year and marks out writer/performer/lyricist/dancer Debris Stevenson as one of the brightest emerging talents around. It is, in short, the real deal”
Evening Standard | Fiona Mountford

★ ★ ★ ★
"Thrilling... Words blaze the stage and Stevenson appears like the Kate Tempest of grime”
The Guardian | Arifa Akbar

★ ★ ★ ★
“An inspiring, thoroughly enjoyable evening full of possibilities for where Stevenson — and theatre itself — might go next”
The Times | Dominic Maxwell
★ ★ ★ ★
"Debris Stevenson's show is totally, boldly different from anything else"
Time Out | Alice Saville